While I am drafting Part V (post-event happenings) for the next installment, I thought I'd share with you some pictures of the 1950's Hongyin pu'er. A 10 gr sample of this very tea is now available at Houde for a decent sum of $355.

At the Event, we were only able to brew 6 or 7 infusions of the Hongyin as we ran out of time. This tea should be durable enough to last 15 to 20 infusions, depending on the brewing method. For the first infusion, I gave it a 5 sec rinse and then a 20 sec initial steeping. Gradually I moved up to about 1 minute long for the sixth infusion. Since the leaves were still inside my Yixing pot, at home I pushed the infusion time to 2 minutes and longer.

The resulting liquor was quite amazing. It’s thick, sweet and refined. The clarity of the intense red-brown liquor is impeccably crystal. The texture is milky smooth, almost resembling the feel of a half-and-half cream. It has a woody (camphor) and earthy quality to it, yet very clean tasting with a soft, sweet aftertaste. Though personally I feel this tea is less impressionable than the 1960's Bazhong Huangyin, it is a very elegant and easy going tea to enjoy. 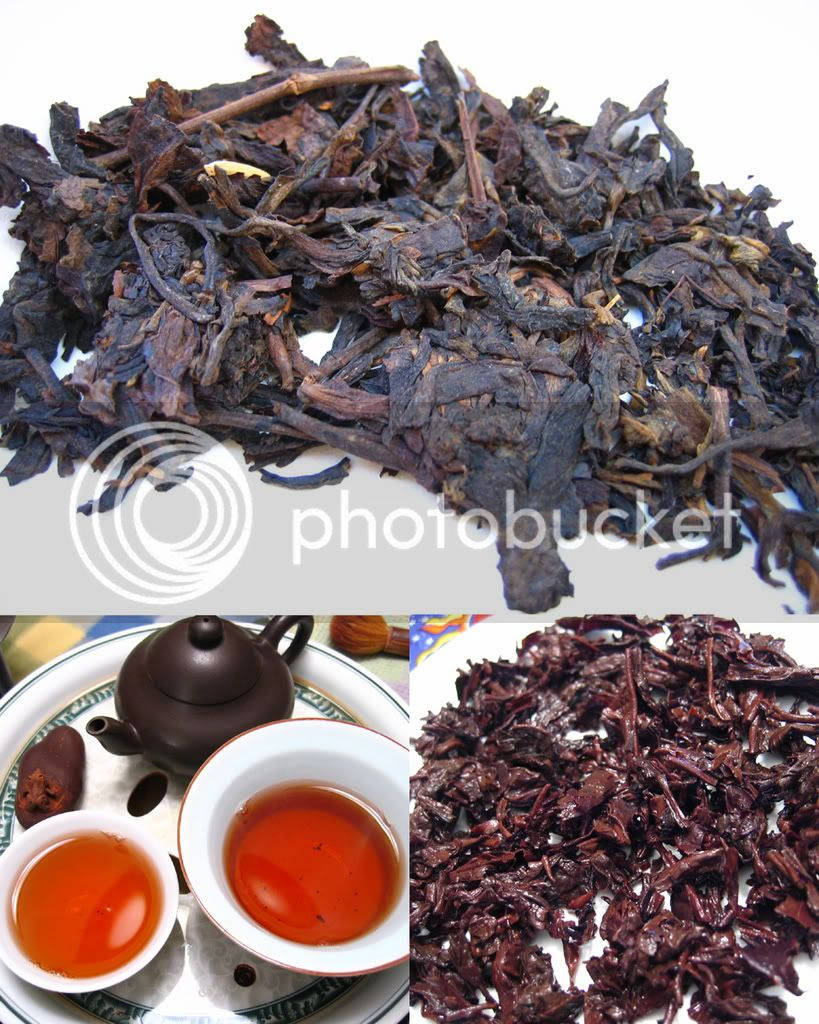 I have also been enjoying Madan Tamang's freshest batch of 2007 spring Meghma Estate Nepalese oolong. I received a 1oz sample from The Simple Leaf (sold under the name "Honeybee") and I brewed the tea using the gongfu method and then later by the "English" method in a 32oz Bodum glass teapress pot.

It is a wonderfully aromatic tea! When brewed in a gaiwan using high leaf to water ratio and short steeping time (3s, 7s, 15s, 30s, 1m, 1.5m), the tea reminded me of sweet Oregano spices, white pepper and cumin, all wrapped in a honey-like fragrance and taste. The English style of brewing yielded a more rounded taste that is honey-like and floral, almost.

As you may notice from the infusion time progression I employed, I learned that this oolong packs a punch in its earlier infusion but the taste tends to diminish quickly in later infusions. As such I employed a very short 3s and about doubled the previous steeping time. This way, I was able to get 5 to 6 brews before the tea turned watery.

How many steepings did you get for the 1950's Red Label? Just curious. Thanks.

At home, 5 - 6 more of long infusions. The first one (at home, not at the museum) was for about 2 minutes, and the last one was for a couple of hours. Then I infused it for a night...in the morning it was watery tasting already. The end of the leaves.

Considering that my pot actually is a bit too big for the amount of leaves we got, the tea had good durability.

Wow, those are fantastic pictures. When I did a tea tasting class we had a cup of pu-ehr and I really liked it, but I'm a little scared of the investment. Those pics encourage me though! Even if I don't like it, it'll definitely look good.